While millions of people have been suffering the devastation of Hurricane Harvey, a photo captured by Scott Olsen of the Washington Post is helping Texans get their mojo back.   Laura Mullane has helped the photo gain further popularity by sharing it on her Facebook page. Along with the photo, she wrote, “While I love both dogs and cats, we all know, when the chips are down, I’m a dog person. But that may change with this photo. All the photos I’ve seen of dogs and horses escaping the flooding, they look terrified. This cat just looks pissed–like he’s going to write a sternly worded letter to his city councilor when he gets home…right after he smokes a few cigarette butts out of the gutter, does a shot of Jack Daniels.”

And the Rest of the Story 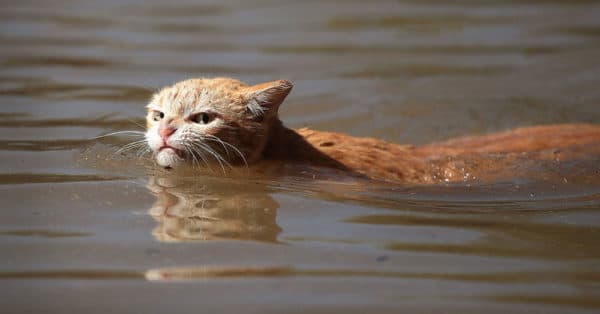 The cat was actually trying to get to dry land.  Olsen, the photographer followed the cat and captured some photos of him resting on the hood of a car.  The poor kitty, unfortunately, was not the only animal displaced by Hurricane Harvey’s mass destruction. 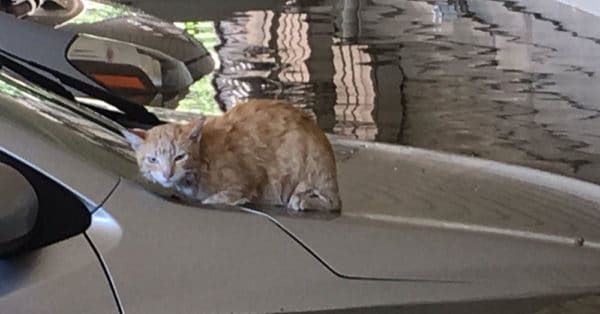 Thousands of pets are still left homeless after being abandoned or separated from their owners during the flood. 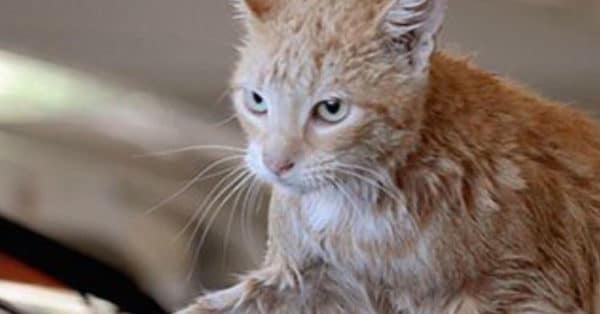 If your heart is telling you to help the pets in need, there is a lot you can do.  Shelters are filling up across the country with pets from Houston.  Many were not able to be reunited with their owners.  If you were hoping to adopt, now might just be a perfect time.  You can also donate directly to these animals. Learn more by clicking here.

ЧИТАТЬ ТАКЖЕ:  The Cops Have Some Tough Questions For These Police Kitty Candidates