A toad appeared one Chris Newsome’s porch one summer night.  He didn’t give it much thought until it happened again and again and again. Newsome loved seeing this little toad.  So he decided to make something special for him so he made a top hat. 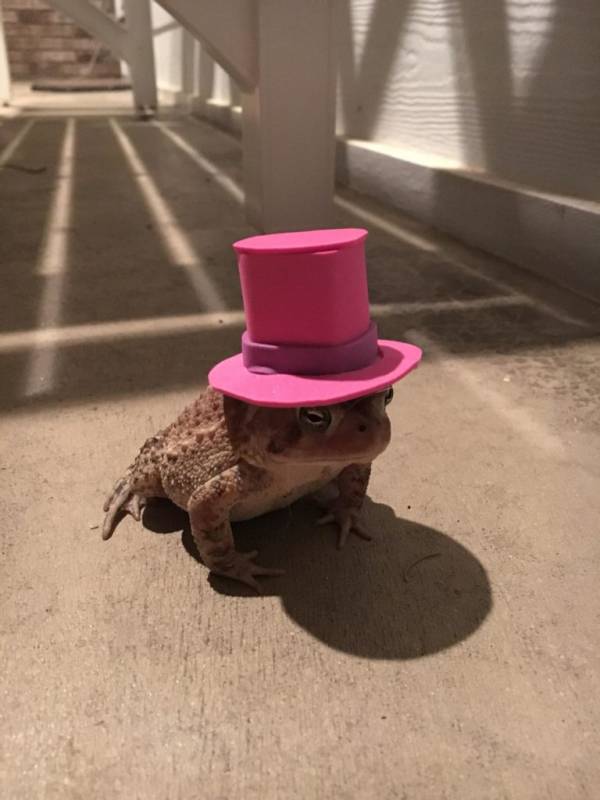 “To explain how this started… I had made the pics for a friend’s little boy that lost his frog. I sent the hats to him afterward.” Newsome said on his Imgur post.  “It’s hilarious that a quick5-minute hat and photo turned into something that people wanted to see. 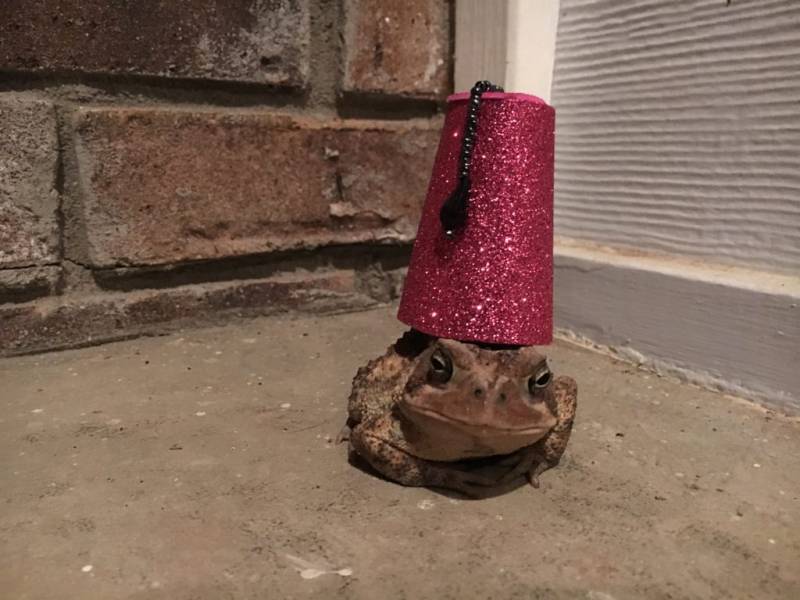 After that, Newsome continued to make hats for his new friend night after night, and miraculously, the toad continued to always come back. The demand for more hats has been put on Newsome so he’s stepped up and made more hats and post them to his Twitter Account.

ЧИТАТЬ ТАКЖЕ:  Vet trips are stressful, these vets tried to make everyone chuckle with their humor