Dogs are entirely aware of it when they do something wrong. When they get caught, many dogs have no “poker face” at all. What they end up with is that adorable “guilty face” that dog lovers around the world know and love.

It’s impossible to stay angry at the furry little buggers as soon as they turn on that face. A lesson Miller’s mom was about to learn the hard way.

‘DID YOU EAT OFF THE COUNTER?’

The video opens with Miller looking every bit the guilty dog. Mom suspects he was up to something and his reaction to her question left no doubt. At first, he attempted to act casual and simply not make eye contact. He probably hoped his mom would not notice. 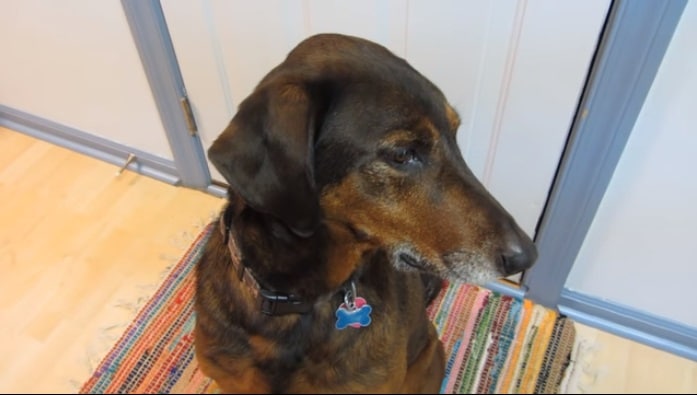 “Miller, look at me. Did you eat off the counter?” asked his mom.

Then, Miller finally started to make eye contact. At first, it seems like it will be a “guilty face” like most of the others we have seen on the internet. 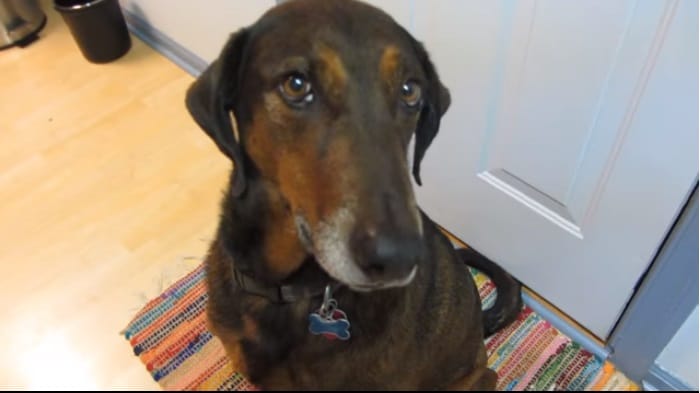 It was precisely at that moment, however, that Miller figured out if he didn’t do something truly epic, he might just be in trouble. Thankfully, his mom filmed the entire thing because the face he made wins the internet. 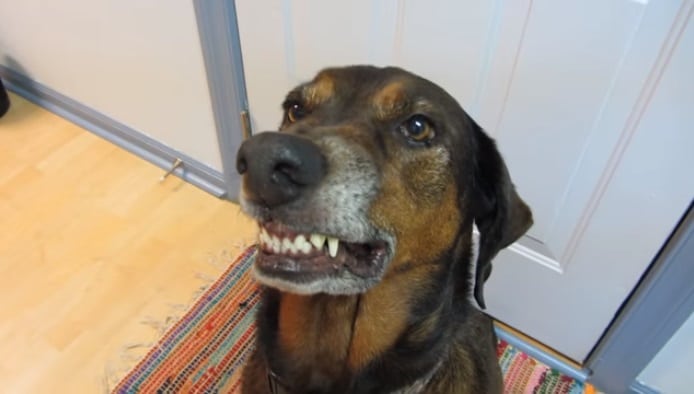 It’s utterly hysterical that for well over a minute Miller just kept making this face at his mom. I don’t know how she held it together, to be honest. Check out the full video below.

Miller’s behavior, while completely adorable, actually has an evolutionary and essential biological purpose. In the wild, researchers observed wolves adopting the “apology bow” when one of them does something socially unacceptable in the pack.

For example, if a young wolf plays too aggressively, that is frowned upon within the pack. As an act of contrition, wolves do their apology bow to their masters in the pack to get back in their good graces.

So, as with many dog behaviors, their adorable “guilty faces’ actually have a fundamental reason for existing.

Does your dog have a delightful “guilty face?” If so, please tell us all about it in the comments.