As a TV meteorologist, it is a weatherman’s job to foresee weather systems about to drift through the area. One weatherman, Khambrel Marshall, was not expecting a puppy to drift through his forecast. Puppies who breeze in are a bit harder to predict than your daily weather. 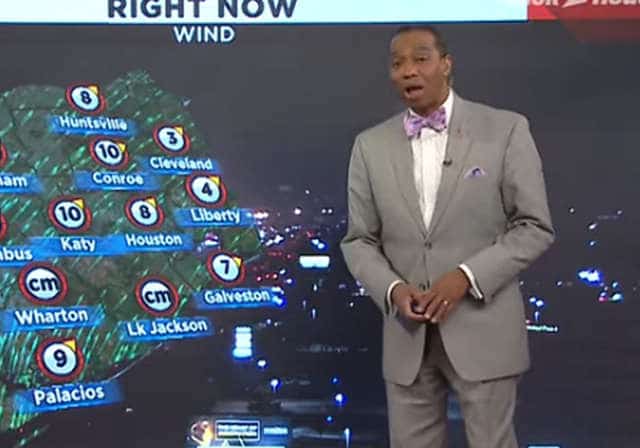 The Forecast Calls For Adorable Puppies

Marshall found himself sharing the screen with something fluffy and white. However, it wasn’t a cloud. When the weatherman looked down, the KPCR 2 reporter found a little dog that casually inserted himself into the report. 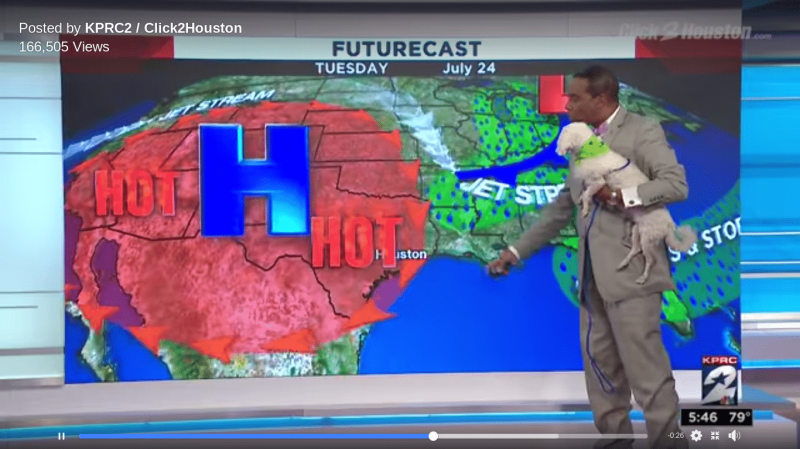 In the middle of the live broadcast, Angel, the adoptable shelter puppy slated for the next segment, aimed to find his own forever home. However, he was growing impatient. From the video below, the weatherman handled the interruption perfectly! Marshall isn’t the only meteorologist who’s had a furry spoiler of their show.

Slide in to say hi, get a weather segment bit with KPRC2 Khambrel Marshall ! ? And yes, 'Angel' is up for adoption.MORE: http://bit.ly/2LwY1D2?utm_source=facebook&utm_medium=social&utm_campaign=snd&utm_content=kprc2

Angel turned the routine weather report into the most adorable show of the day.

“This is the cutest thing ever!” one viewer wrote online. Others echoed that sentiment.

It was time for his very own segment and more cuteness. 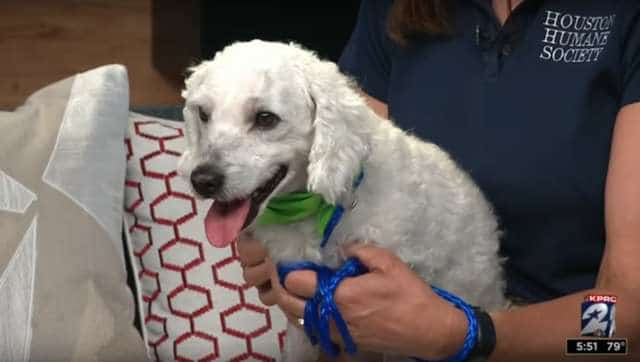 I’m ready for my close up Mr. Marshall!

Now it’s time for Angel’s close up with Marshall. One thing was clear; “He obviously loves the weather — or weather people,” Marshall said.

Angel was reluctantly surrendered by his old owners. They found out their new place doesn’t allow pets. The adorable poodle-mix is being kept at the Houston, Texas Humane Society.

After all the exposure Angel received he is sure to be adopted. All Angel wants now is a place to call his forever home. Will you help him?

Featured Image via screen capture from the website The Dodo