People are known for their dramatics, but this puppy takes it to a new level.

Ettore, a Labrador, is captured on video by his owner Antonio Federica Granai. Dogs are well known for their adorable begging faces when they want something. Their eyes are big and just melt your heart until you give them what they want! 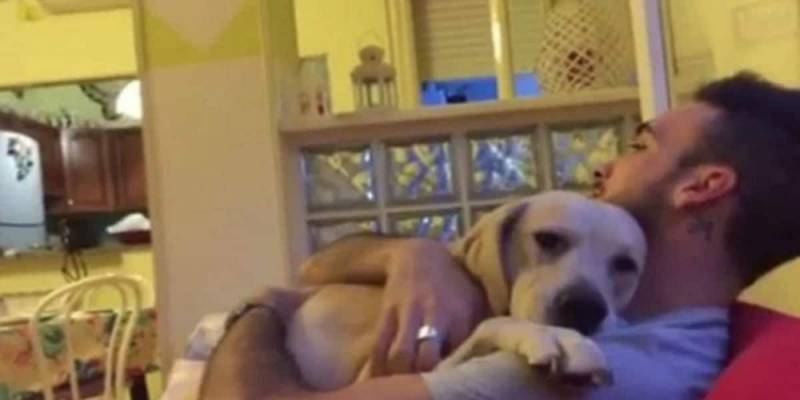 Antonio scolds his puppy for something, and the puppy responds with shame. Ettore burrows his head into his owner’s chest.

The video begins with what is likely scolding, and Ettore avoids his owner’s gaze. Then Ettore decides to climb up into Antonio’s lap! Ettore is a big boy and would hardly fit, but like most large dogs, size doesn’t matter to them if they get to be a lap dog.

What Is Ettore Begging For?

It’s likely that Ettore is asking forgiveness from Antonio. What he did isn’t clear from this video snippet, but you can tell Ettore feels bad!

After he climbs into Antonio’s lap, Antonio continues to scold Ettore. Ettore continues to sink his face deeper into his owner’s chest. 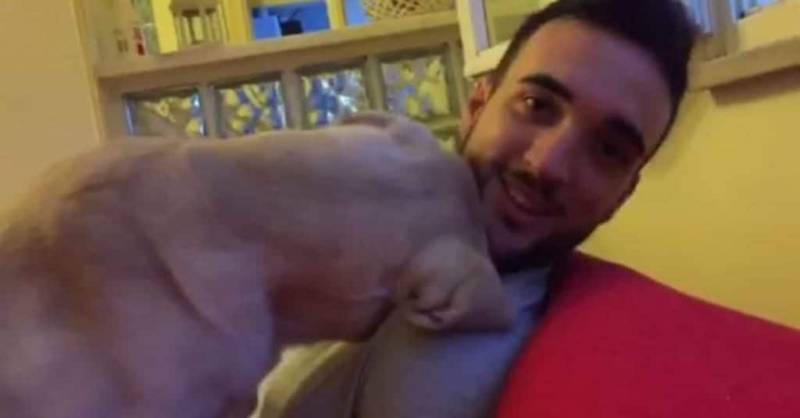 Antonio talks to Ettore, and you’d think the puppy couldn’t get any closer! Ettore puts his paw against Antonio’s chest as if to hug his owner, and he further pushes himself against Antonio until the two look inseparable.

He presses his face against his owner’s in a desperate advance for forgiveness. Ettore is trying, and jokingly, it seems that Antonio wants none of it. Ettore locks eyes with Antonio briefly, but this ashamed pup can barely stand to look his owner in the eye.

ЧИТАТЬ ТАКЖЕ:  4 Top Benefits of Having Your Dog Sleep in Your Bed, It’s Amazing

Instead, he continues to hide his face. It’s surprising that Antonio can hold out for so long, especially since Ettore looks like he’s giving some seriously good cuddles.

You can watch the hilarity yourself below! Would you forgive Ettore?

Man Wants To Know Which Of His Dogs Chewed His Shoe, Guilty Party Adorably...