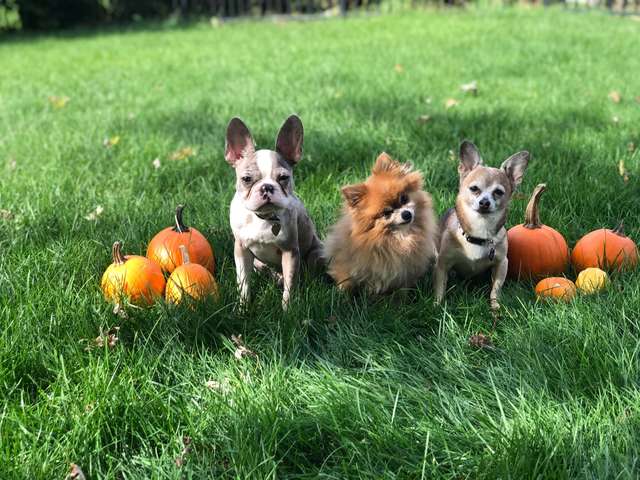 Stoli had only been in his family a few months when Halloween occurred. His human family had always enjoyed going all out at Halloween with decorations. They especially enjoyed decorating with spooky things. This year was to be no different. But Stoli had plans to make it even scarier. Or maybe even funnier is a better word. 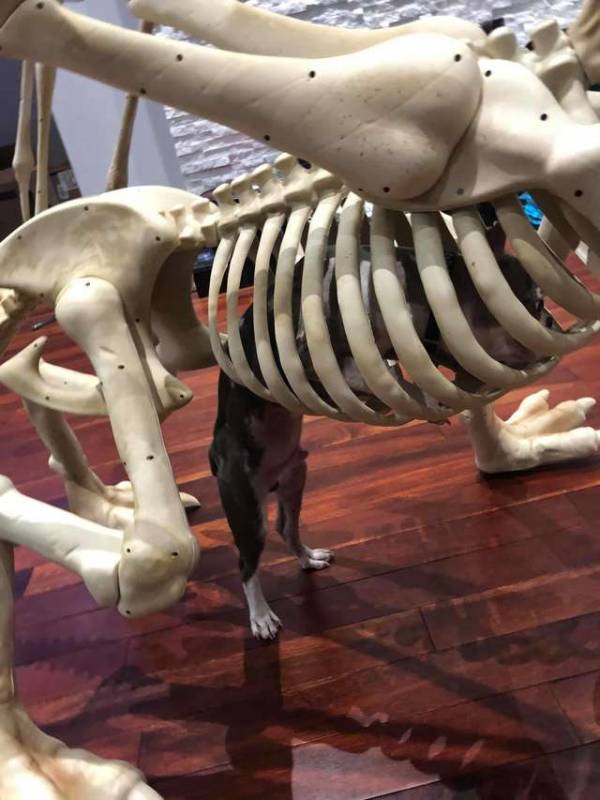 One of the many scary decorations that the family put out for Halloween was a giant dragon skeleton. It was much bigger than any dog in the family. Stoli took a special liking to the skeleton and decided to climb onboard it and hide inside. Being the small dog that he was, it was no problem for him to squeeze in that rib cage. 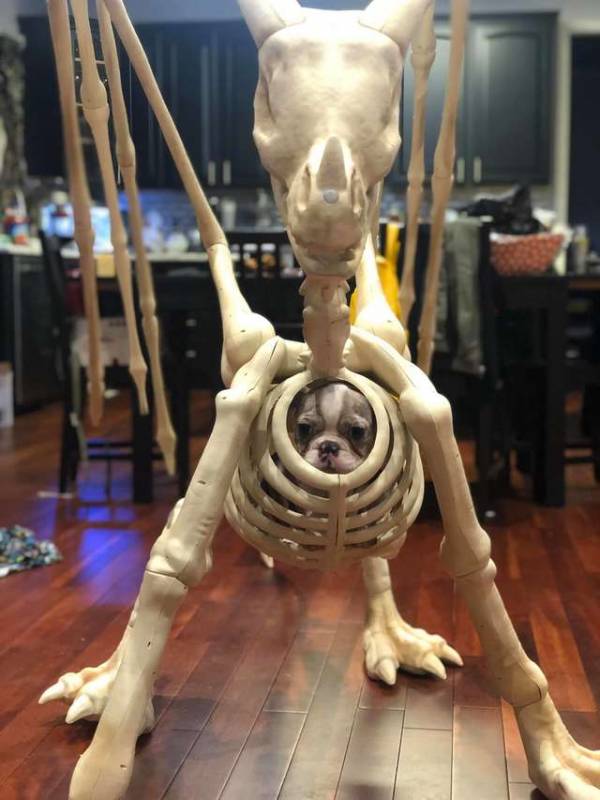 Stoli Got Everyone’s Attention When He Hid In The Rib Cage.

“He was in there for a while. I honestly thought he was stuck at first,” Stoli’s owner Nikki Lennarson said. “[I] was confused how he got into it until I saw him climbing back up!” 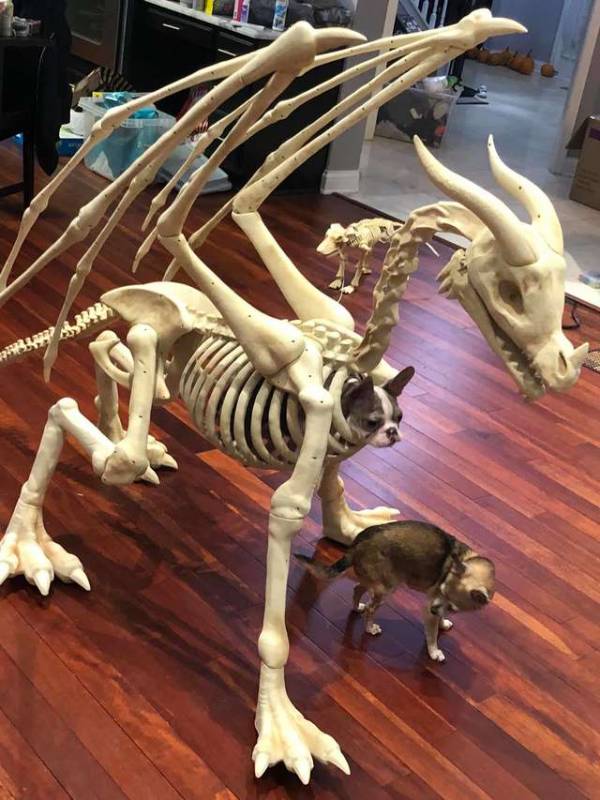 One of the family’s dogs named Tequila was asleep when Stoli first got in the dragon. When she woke up, she appeared shocked and then gave him a look that seemed to say for him to get out of there. 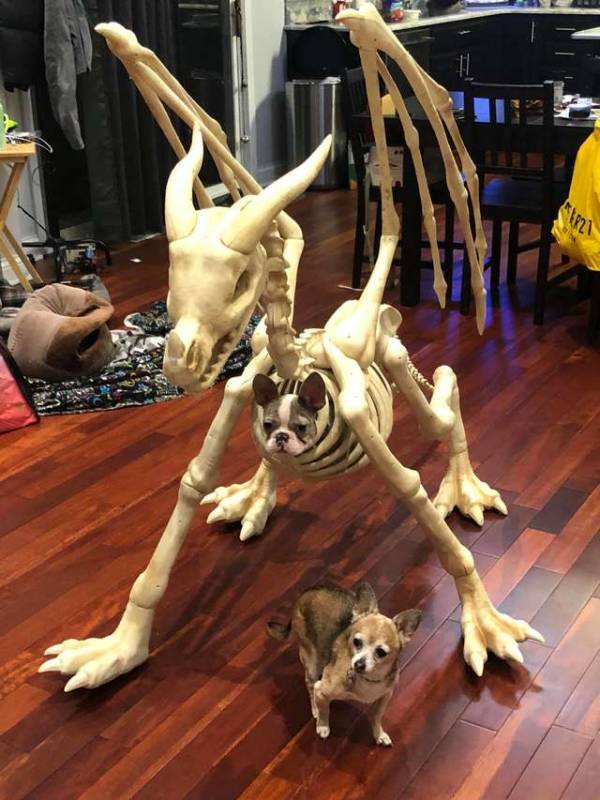 “Tequila didn’t hear him so [she] had no clue he was inside until she must [have] caught his movement of his head popping through the rib cage,” Lennarson said. “She was staring at him like, ‘Get out!’”

ЧИТАТЬ ТАКЖЕ:  Couple Decided To Get Married At The Zoo — What Could Possibly Go Wrong?

Eventually, Lennnarson moved the skeleton because she was concerned that Stoli might get stuck in there. Stoli is not one to set back and be bored. With his favorite skeleton gone, he soon found a new decoration. 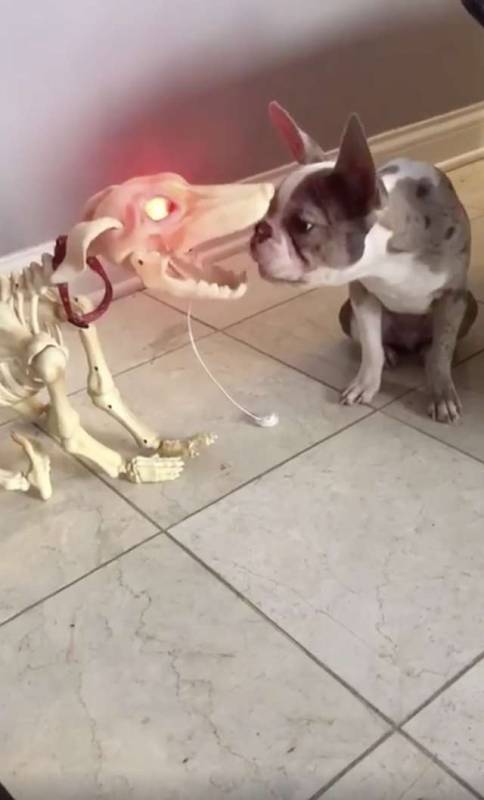