If there’s one thing that dogs are good at it’s being hilarious. If your dog isn’t looking at you adorably while you’re preparing his dinner or imploring you to have some fun at the park, he’s cuddling with you while you watch Grey’s Anatomy on the sofa.

Because that’s what dogs are. No matter how large or small, they are impossibly adorable and infuriatingly cute.

1. Like this dog for instance, who sits wherever he’s told to.

Even if it’s somewhere um…awkward.

2. Or this dog, not caring where he parks it.

This kid doesn’t need to breathe, does he?

Oi, get up that’s my seat. from AnimalsBeingJerks

3. Then there’s this dog who found himself high and dry.

Dachshunds and hammocks aren’t made for each other.

4. This cute pup has found herself in a predicament.

She’s on both sides of the fence. Er, gate.

Does he come with Dish Network?

People keep saying he will grow in to them… from aww

5. Or this fierce pitbull dog.

Who seems to have something gaining on him.

My pitbull always thought he was the biggest dog at the dog park. from funny

6. There’s always that one friend.

Clearly, this dog barks to a different drummer.

"Let me just…close my eyes real qui–" from aww

8. When you’re caught in the middle of a good bark.

And you look like you’re asking a question. “Are there any more snacks?”

My sister snapped a picture of our dog mid-bark – This is what she looked like. from funny

9. When your dog smiles for the camera.

And somehow looks cute and dangerous at the same time.

My friend on Facebook posted a picture of her dog and it cracks me up every time I’ve scrolled by it. from aww

10. When you have a dream and it comes true.

And it looks really good!

11. You and your friends bring the dog on a camping trip.

He finds out what the sleeping bag is for.

My friend’s dog was running around outside in the cold and climbed back in the tent. This was his reaction to the sleeping bag.

As I was saying goodbye, my dog did this.. from aww 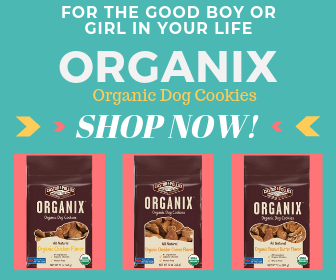 13. There’s this dog and he’s murdering the couch.

While having a blast at the same time.

ЧИТАТЬ ТАКЖЕ:  Family dog finds his twin–he will not leave without him

14. Your dog stages a jailbreak.

Here’s one dog who wants his freedom and won’t be contained.

Dogs have been making us laugh for at least 15,000 years when our ancestors began domesticating ancient wolves. As a result, it’s been a human-dog love affair ever since.

Featured image by tree_dweller via imgur