On one very ordinary day, only two official contestants entered into a race. Admittedly, it’s safe to assume that one of those two runners would come out victorious in the end, right? On the list of things that could happen when two humans are sprinting around a track, a sudden third contestant seems pretty far-fetched.

Well, that’s not the case anymore.

The adorably amusing incident happened last year during a field and track event at Chile’s National Athletics Competition. At first, the race honestly seems like a regular foot race between two incredibly quick-footed yet two-legged runners. 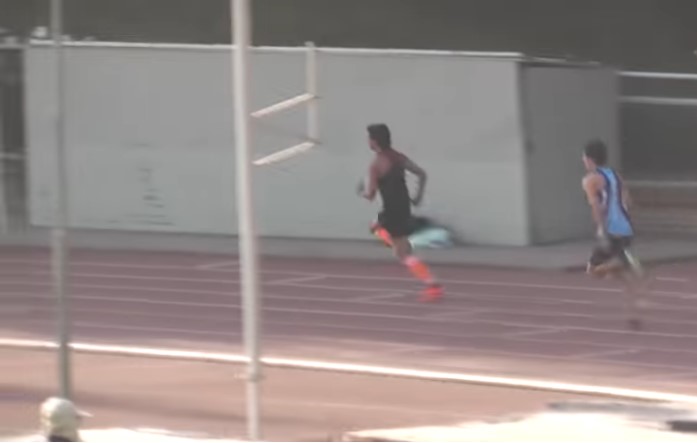 The runner wearing all black pulls out ahead early. Things are going smoothly as the runners go around the second corner of their sprint.

Suddenly, out of nowhere, there’s a furry four-legged runner in the mix.

The new competitor comes from behind, of course. However, it certainly doesn’t take long for him to catch up with the two humans still running for all their worth.

We all know, the four-legged runner has a huge advantage over the other two competitors. Accordingly, at one point in the race, he seems even to turn around and taunt the runners.

As the dog catches up it’s like he is saying to the humans, “is that all you got?”

Of course, the two human runners continue the race, seemingly uninterested in their new competition. As they round the final bend, the furry little guy passes them easily once again.

The official records from the day of that race state that the man in black won that race. Be that as it may, everyone there, and now you as well, know who really won that day.

Watch the full video below.