After years of working as a weatherman, one would think that Josh Judge had probably seen a lot of surprising things. Undoubtedly, however, he never expected to see this at work. And that’s despite the fact that he is in the business of predicting things.

Josh is a meteorologist for WMUR-TV in beautiful New Hampshire. He was giving an ordinary run-of-the-mill weather report. Right up until the cutest interruption ever, that is. 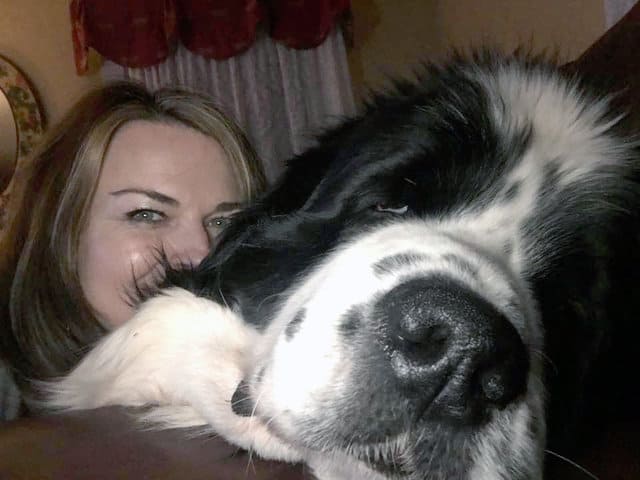 Josh was right in the middle of his weather forecast when the fluffiest of intruders came pondering by. Out of the blue, there she was, Bella. She is a lovely Newfoundland, and she was supposed to be there. Someone must have messed up her call time. 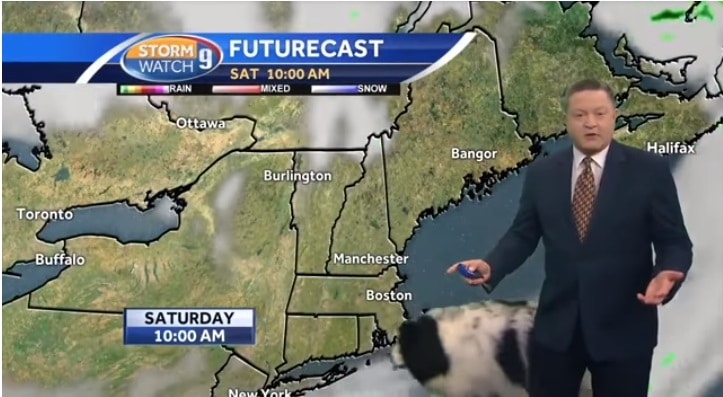 You see, she was there for a guest appearance, and she belongs to another news anchor named Amy Coveno.

“It was very early in the morning and all I knew was that as I’m doing the weather, I suddenly see a dog walking behind me,” said Josh. “My brain was like, ‘Did a dog just walk behind you?’ I had to pause for a microsecond to make sure that’s what I had seen.” 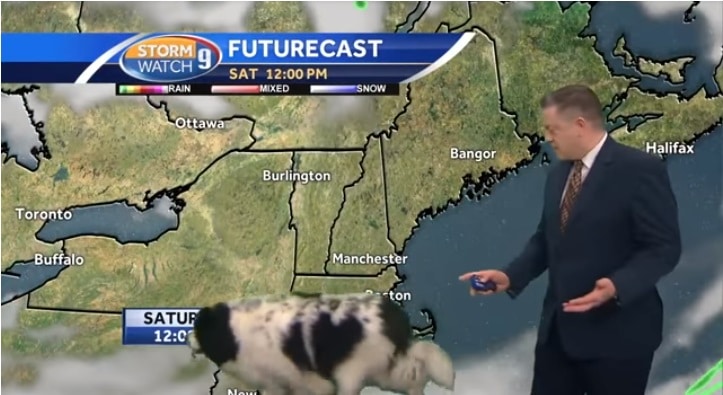 No one had notified Josh that Bella was on the premises. She was there to do an upcoming segment about veterinarians. Bella, however, decided she liked the weather more.

ARE WE IN TROUBLE?

Amy, Bella’s owner, said she was a little nervous about the interruption, at first.

“I was terrified that Josh would be mad at me or that I would get in trouble at work,” said Amy. “But Josh is a pro! We’ve worked together for 10 years and he made her part of the forecast.”

Indeed, when you watch the video, you will see. It’s impressive how Josh just rolled with the punches… er fluffers. Check out the video below.

We love to hear from you. Isn’t this adorable? Tell us about your hilarious fluffer stories. I would love to feature you and your adorable fur babies.