A couple of weeks ago, record-setting floods in western Japan forced hundreds of thousands of people to evacuate. The flood waters hit smaller towns like Mabi in Kurashiki, Okayama Prefecture especially hard. Amongst all the horrifying wreckage, though, a sign of hope appeared in the last place anyone would have expected.

All the residents had to do to find their blessing was to look up.

Early on in the disaster, a healthcare facility for the elderly, Life Town Mabi, evacuated because of the danger to residents. Sadly, as they were removing the seniors, time ran out, they had to set the animals free and hope they could fend for themselves. That resulted in many animals becoming lost during the chaos of evacuation because they simply couldn’t keep track of them all. 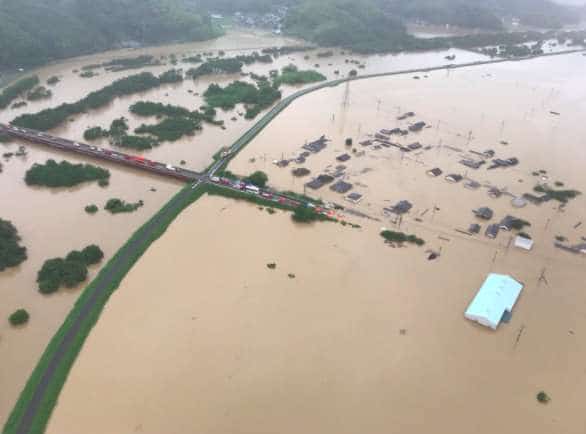 One of the patient’s very favorite animals at the facility was a miniature horse named Leaf. The 9-year-old lived on an adjacent farm with her young colt named Earth. 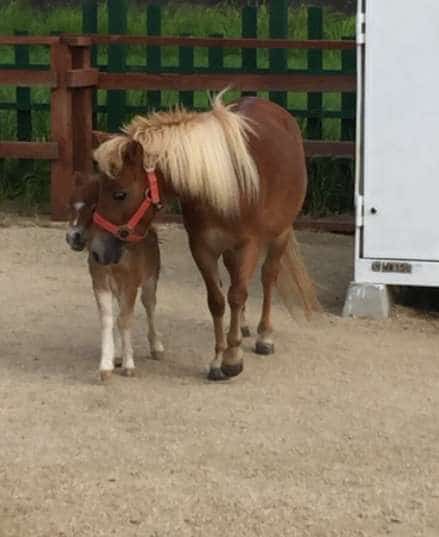 Since the entire farm ended up submerged under water, residents assumed the little horses didn’t make it. There was one employee, though, named Mari Tanimoto who cared for Leaf. She knew that Leaf was mightier than she looked and held onto hope that she managed to swim to safety.

THAT IS NOT SANTA CLAUS ON THAT ROOF

Well, no one knows how much swimming Leaf ended up doing, but she sure did climb. After two days of searching, volunteers from Peace Winds Japan (PWJ, a disaster relief group in Japan) finally looked up. They couldn’t believe their eyes when they stumbled upon an incredible sight – a miniature horse on a slanted roof. 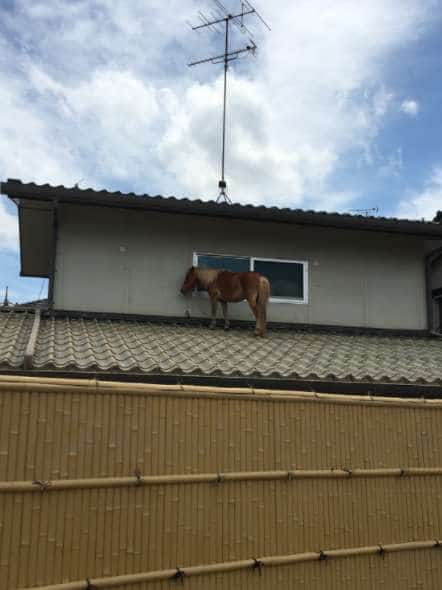 Leaf’s adventure was far from over, however. Just as rescuers attempted to figure out how to get her down, she decided she didn’t want to wait any longer. Horrified, volunteers watched as Leaf tumbled down from the roof on her own.

Don’t worry, though, Leaf is one tough horse. 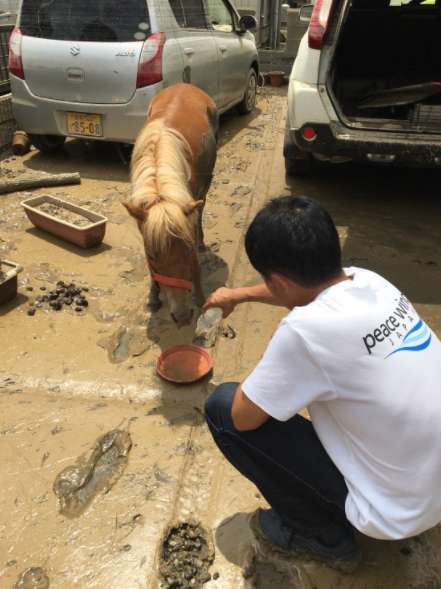 As soon as she hit the ground, volunteers rushed to her side. Luckily, the plucky little horse is just as good at falling as she is at climbing and swimming because she only had a few scrapes on her leg.

Today, according to the Japan Times, Leaf resides at a neighboring farm. Residents from the home for the elderly come and visit her there often to say hello and feed her carrots and cabbage. 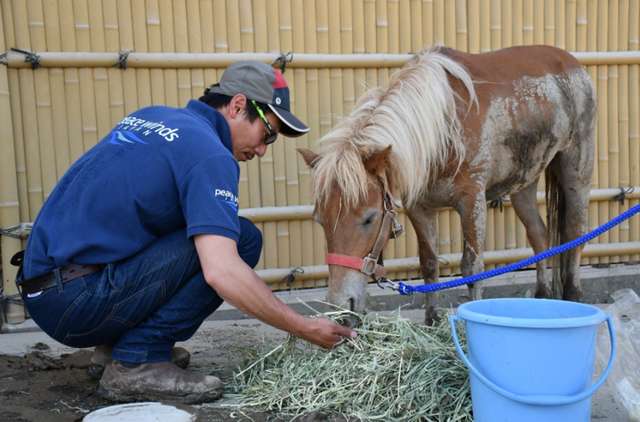 Everyone is still puzzled at how exactly Leaf got onto that roof. Unfortunately, no one has been able to locate baby Earth yet.

However, even with the sadness that comes with possibly losing one of them, comes the joy of finding Leaf on that roof. This one little tiny horse has brought much joy and hope to residents of an area that sorely needed both of those things in spades.

How do you think Leaf got on to that roof? Tell us about it in the comments.